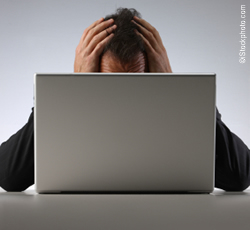 You’d think that selecting a decent webhosting service provider (webhost) would be as simple as, well, choosing a new laptop – or even a washing machine for that matter. But the simple, somewhat bizarre, truth is: it’s not. It’s truly maddening. No wonder webhost customers would rather endure overpriced and under-serviced accounts rather than roll the dice to find a better one. Maybe that’s why I’ve kept mine – Jumpline.com – for a dozen years, when I should have let them go a long time ago.

“Dude, just Google a review, choose a new webhost – and stop whining,” you say. (“Ha! Go ahead and try that,” I retort.)

Call it a conspiracy, fear of advertiser backlash, or even an untapped news niche (hardly), but finding a bona fide review of webhosts is far more elusive than the rational mind would think.

When I decided to check into a possible replacement webhost for DOWW, as well as for a few of my clients, I did the first logical thing: I Googled “webhosting reviews.” What spewed out were hundreds – perhaps thousands – of “web resources” on hosting: “Top WebHosting Reviews, Top 10 Web hosting reviews, Web Hosting Reviews of 2011…” What I realized after slogging through a couple dozen of these sites was that they were just advertising portals for the webhosting industry. Although all of them provided some sort of rating, if you bothered to check the customer reviews on the very same site they rarely supported the ratting provided by the reviewer! (I remember looking into a couple of well-positioned webhosts and all of the reviews were scathing. Those were the top rated webhosts!) So, I then took the next logical step: I sought out advice from the established big dogs of technical reviews: PC Magazine, PC World, Laptop Magazine, CNET Reviews and even Consumer Report. Nada. Really! None of these guys had any webhosting reviews done in the last decade. CNET’s page was simply another list of paid advertisers.

Finally, I started asking a few of my colleagues which webhost they’d recommend. They had all, more-or-less, simply chose the least problematic webhost. At best, they’d say “my webhost support is polite” or “I can’t complain, but I rarely use the tech support.”

Well, to put this story in the nutshell where it belongs, I finally sorted out four hosting services – discovered through different means – to put through the test. For FatCow.com, one of the nation’s largest and emerging companies, it was because the first half-dozen “webhost review sites” I’d thought might be the most ethical, had positioned this webhost rather well.  For Superb.net and later WestHost.com, it was based on on-line articles that I’d stumbled upon. For these three I went as far as paying for hosting, uploaded a WordPress site, and then tested their speed and customer support. As for GreenGeeks.com, which was mentioned in an article by PCWorld about the environmentally conscious hosting market, I didn’t bother.

What I wanted from my hosting provider was this:

FatCow (Albuquerque, NM) were very pro-active and very polite. Although they would not provide me with a personal customer rep, I was willing to test them out. Their cPanel was intuitive and pricing was great. But they were too short on hosting plans (they have just one) and offered no dedicated IP address option (which is very important when you’re building a new site). Finally, when I needed their help in configuring their service to the WordPress “config.php” file (which any decent support person should be able to handle with little thought) they were unwilling to. Needless to say, they failed the test. (But, I would not rule them out for a small organization needed minimal services and support.)

GreenGeeks (Santa Monica, CA) have been touted as the green alternative, so naturally I had to check them out. After a long conversation with one of their senior sales representative, she told me that having my own personal customer rep was not possible – even if I brought some of my client accounts with me. (She sounded a bit snarky when she said this.) I got a bad vibe with GreenGeeks, so I compared some of the customer reviews on them (which I took with a grain of salt), found them not to be a good-enough fit for me, before moving down on my list.

Superb.net (Honolulu, HI) was nearly my choice. Although they are a smaller company, they’re owned by a much larger one – so that was reassuring, sort of. I had landed a personal customer rep fairly easily who wasn’t some kid just answering phones, and I found their listed options met all my basic requirements. However, after purchasing a hosting plan and uploading my WordPress test site, I found that only one out of the five tech support people I’d dealt with seemed to have a clue about their job. And when the Internet speed failed to come up to snuff (the time to load the site took between 8 and 20 seconds – which is way too slow) after a week of them assuring me that they were checking into the matter, I thanked them for their time and work and moved on to the next one on my list.

Westhost.com (Providence, UT) is the webhost I eventually went with – and not just out of exasperation either. Within the same day I landed a “can-do” personal customer rep, got a free month of service (that’s for any of my clients as well), uploaded my test site without a hitch, found their support staff knowledgeable and helpful, the Admin (cPanel) interface intuitive, the speed fast, and their pricing fair. ($4/month for the regular hosting, $8/month for preferred).

Now I don’t know how long I will recommend Westhost.com, but since they’ve floated to the top of the heap, I believe they’re certainly worth considering. That said, if you’ve been satisfied with your webhost, please share with a comment. Oh, and if you’d like to get a free month of service via Westhost.com, just click this link: WestHost.com or email me and I’ll find out for you what the current online coupon code is.

Want to join the discussion?
Feel free to contribute!

Online Giving is Up!